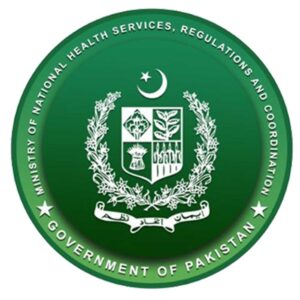 Islamabad: The Ministry of National Health Services (NHS) on Friday refused to share details of Covid-19 vaccine related funds with a parliamentary committee in front of the media.

The ministry suggested to the Senate Standing Committee on NHS to hold an in-camera meeting in which details of the spending on Covid-19 would be provided.

However Senator Bahramand Tangi, who belongs to the PPP, objected to the Proposal.

“It is a matter related to the general public so why should it be discussed in the absence of media,” he asked.

Meanwhile, the Islamabad Health Regulatory Authority (IHRA) informed the committee that there are 45 rehabilitation centers for the drug addicts in the federal capital.

IHRA Chief Executive Officer Dr. Quaid Saeed said from July 28 to August 4 as many as 18 centers were visited by a team of IHRA but not a single one was found to be having international standards.

“Most of the centers even lacked psychologists and they don’t have medical officers round the clock. We observed that there were two patients on one bed and at some centers there 20 drug addicts in one small room,” he said.

Dr. Saeed said there were also hygiene related issues and at a number of centers patients had not been exposed to direct sunlight for up to six months.

“at some centers patients were kept there for last 12 months and were facing in human attitude. Some patients were even not allowed to meet their parents and family members and they were kept in jail like rooms having iron rods. We sealed four of the centers and issued warnings to others.

They lacked cameras to deal with emergencies and anti-psychiatric medicines were being given to the drug addicts,’ he said.

He said that even substandard food was being given to the patients.

Members of the committee chaired by Senator Humayun Mohmand, expressed concerns over the situation and suggested to the IHRA to take strict action against such centers.

NADRA has introduced an online system for renewal of identity cards